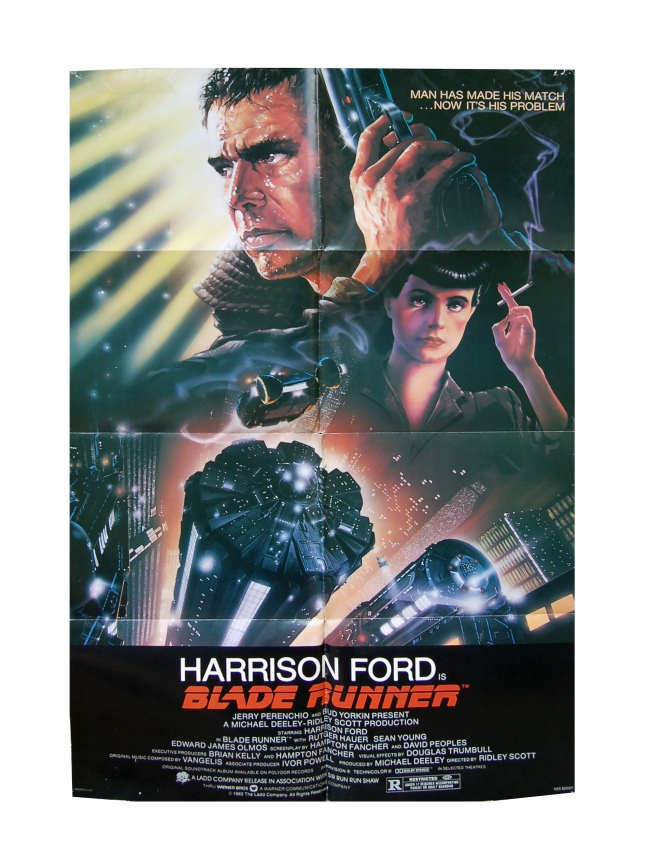 Ultra glossy paper, the typical one-sheet style fold lines, a remarkable resistance to restoration and an oddly mauve color scheme are how I know the poster.

Turns out the mauve is a result of fading over time. I don’t think it’s from light exposure because every one of the many many copies I’ve seen all have the mauve look. Let me know if you see an original that isn’t mauve.

Our client’s Blade Runner poster was no different, so we began with a light wash to remove any surface dirt, followed by linen backing to smooth out the folds. 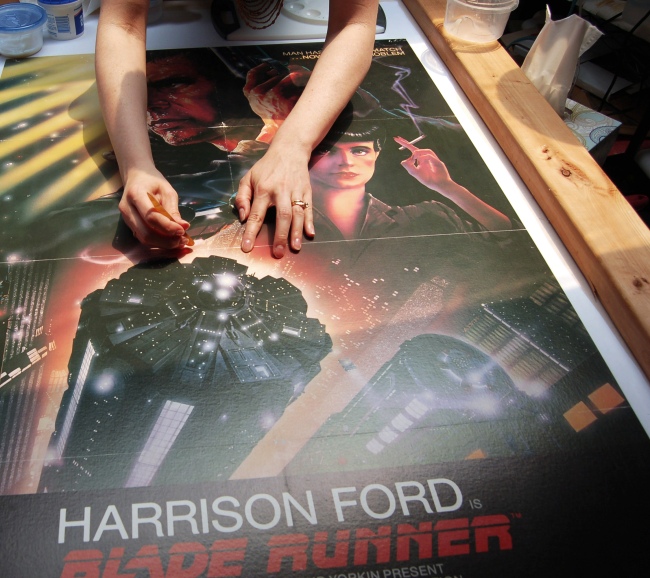 Here is what the poster looks like while it is still on the screen, before getting trimmed down. 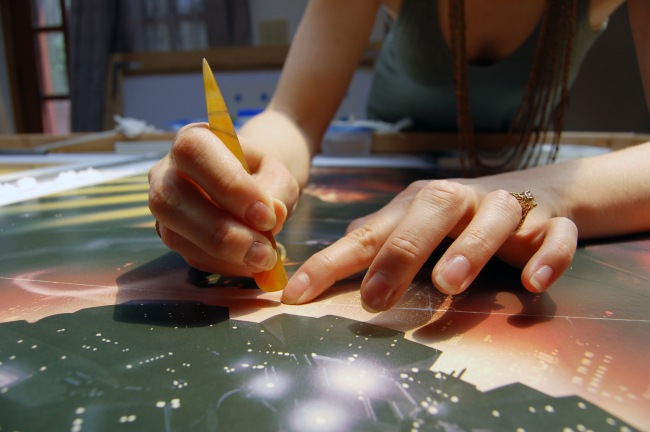 Melissa uses an agate burnisher to smooth the fold lines down until they’re perfectly flat.

After the folds have been burnished, it’s my job to restore them to invisibility. As I said before, Blade Runner the poster has got to be one of the most cantankerously restoration-resistant pieces I’ve come across. Every step is a battle. When the paper is that smooth and glossy, there is no “tooth” to grab on to any added pigment. So it takes a while. But we’re experienced so of course it’s fine. 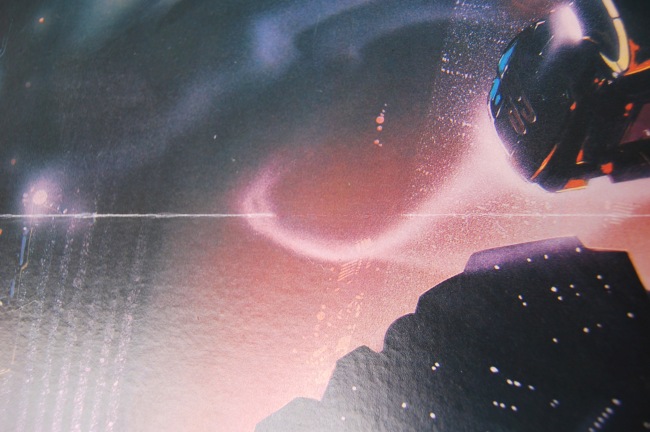 An example of what restoration does. The whitish line running across the image is a fold line. The middle area has been restored first in order to demonstrate the difference.  Some people like to keep their fold lines while others think it detracts from the poster’s original message. 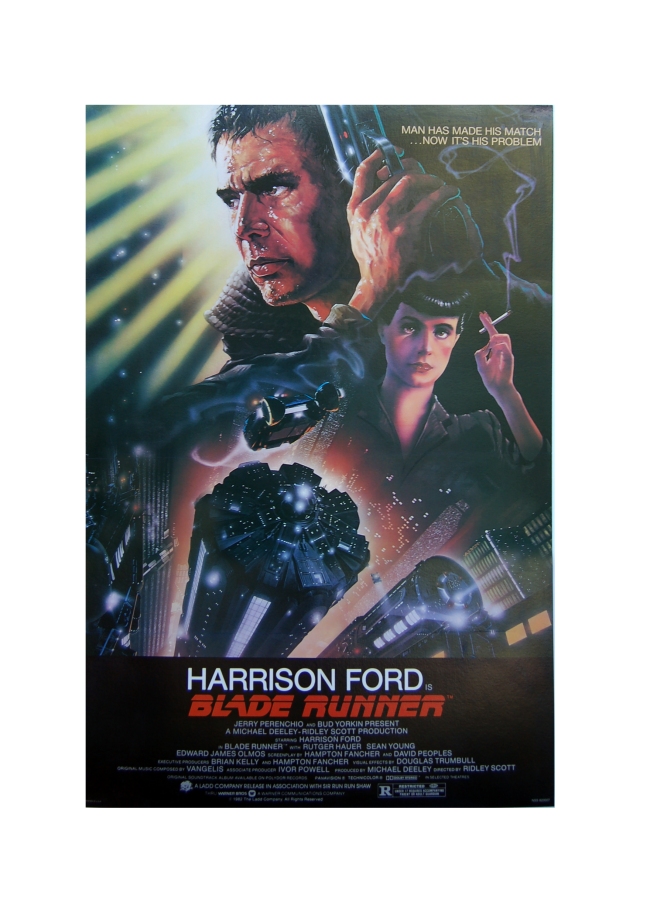 And here is the poster linen backed and restored. (Still mauve so you know it’s original.) 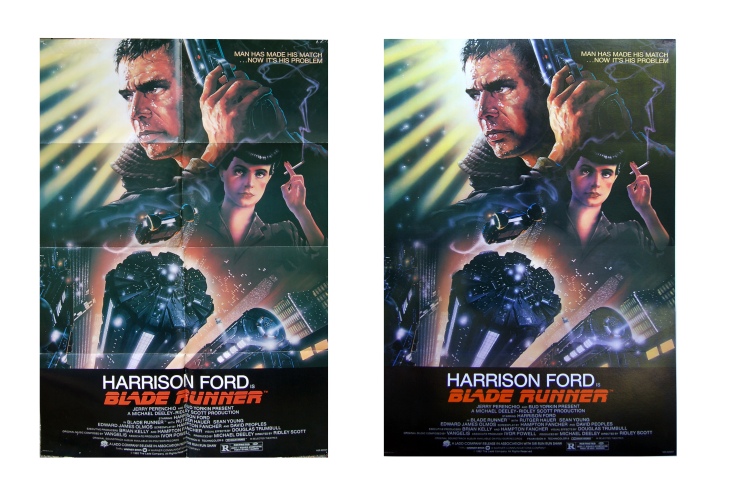